It all started with a kumquat festival.

Sammy Ortiz, who had lived in Wesley Chapel, Florida for 11 years, was en route to the community bonanza with his family when he missed a turn due to traffic. Lost in an area of town he’d never been to, he gaped at what befell his eyes. “It looked like a third world country,” Sammy recalled. “As a pastor, I felt so burdened by what I saw. I felt called to do something about it.”

“I’ve learned that youth are truly underestimated. A lot of the talk you hear about startup communities and ecosystems only has to do with adults. But youth have the potential to be startup ecosystems too. You don’t have to be old to start something new.”

For Sammy, ‘doing something’ meant renting out an office space on that street he beheld and canvassing the neighborhood for a year. He knocked on doors, speaking to the residents of a neighborhood that police refused to enter without backup. “What would you like to see in this area?” he would ask community members. The replies he received were mixed, so he looked elsewhere for answers—the juvenile detention center. The low-touch areas of Dade City were overrun with drugs and gang activity, Sammy learned. With few positive influences or opportunities in their lives, young people in need of cash and community were compelled to find those in illegal activities. After visiting the detention center, the big idea dawned on Sammy—this community needed entrepreneurs. And not just any entrepreneurs. It needed young ones.

Hence, Young Entrepreneurial Students (Y.E.S.) was born. Aware of how urgent the community’s need was, Sammy knew he needed an entrepreneurship curriculum that could be accessible to teenagers for whom English was a second language, as well as youth of various levels and qualities of education. “CO.STARTERS Generator was the only option left standing, given those needs for accessibility,” Sammy shared. “The modular nature of Generator was especially appealing, and the bright, colorful layout of the binder was a bonus too.”

In addition to running the Generator program, Y.E.S. provides young people from ages 12–23 with life skills training, teaches them growth mindset, offers after-school tutoring, and supports hands-on tech lessons. They teach teenagers how to code, how to build apps, and other technical skills that can be put to use immediately.

Sammy’s hopes for Y.E.S.’s impact reached a new level of satisfaction when one Generator graduate, now a successful pop-up artist, came back to Y.E.S. announcing that his mom wanted to go through the CO.STARTERS program herself. “It really confirmed what my mission was,” Sammy triumphed. “I knew that if we could just reach the youth in the community, then we could reach the parents too. That’s how you transform a place.”

He continued, “I’ve learned that youth are truly underestimated. A lot of the talk you hear about startup communities and ecosystems only has to do with adults. But youth have the potential to be startup ecosystems too. You don’t have to be old to start something new.” 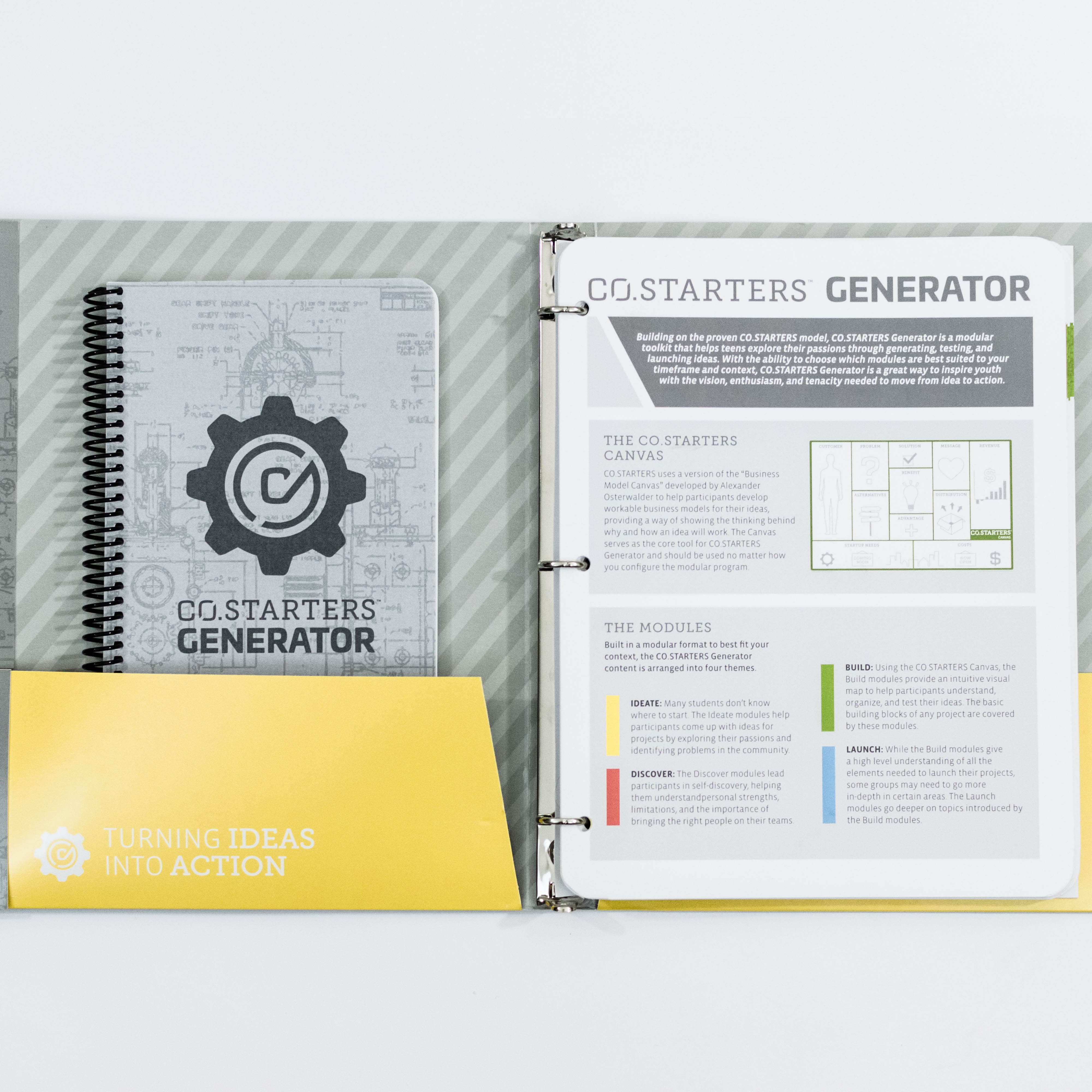 Create opportunities for youth with entrepreneurship.

CO.STARTERS Generator is a modular program that helps young people learn how to turn their ideas into action. Talk with our team to learn how to bring the Generator program to your community.